Today Kathy shares some very practical tips for teaching youngsters how to read. As she says, it's one of the greatest gifts you can give your child! 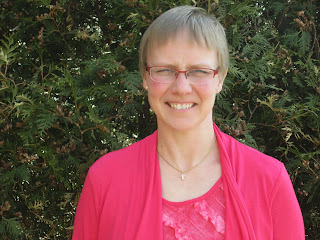 "As a parent, I like to give my child gifts. The gift may be a simple gesture such as a hug or words of praise. Other times the gift is more elaborate. The longed for doll, which my daughter saved the money for, but the amount saved would not be enough to meet the ordering deadline. However, on Christmas morning, it was the last gift discovered behind the tree. I believe it is only natural that parents desire to give their child gifts. One of the greatest gifts you can give you child is the gift of “literacy” by teaching your child to read.

During the fall of 2001, our daughter began to “cue” my husband and I that reading aloud to her was not enough. She had been introduced to the printed word in infancy, was read to several times each day, had learned the Alphabet Song, and was speaking in full sentences by the time she was a year old. When she began to point to the words at the bottom of the page in her picture books, we took the hint and decided it was time to begin teaching her how to read. During my second grade year, I had taught my six year old cousin how to read. Subsequently, the following year, I had taught “remedial reading” skills to my nine year old cousin. So how hard could it be to teach my own child how to read?

I had recently read through Karen Andreola’s A Charlotte Mason Companion: Personal Reflections 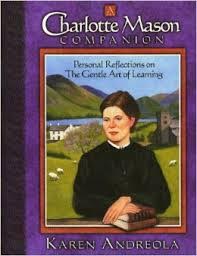 on the Gentle Art of Learning which I began to peruse on this particular topic. “The first association children should make with each letter of the alphabet is with its sound, not its name.” (1) Based on what I had read, I made alphabet cards using 3x5 inch blank recipe cards and a red marker. I had read in Glen Doman’s book, How to Teach Your Baby to Read that young children visualize the letters better if they are written in the color red. The next step was the implementation of what Karen refers to as the “Three Period Lesson” in Ch. 20 of A Charlotte Mason Companion. The three-period lesson was developed by Edouard Seguin, a French physician who worked with special-needs children in France and the United States during the late 19th century. He discovered ways to increase children's cognitive abilities and believed in the importance of developing their self-reliance and independence. Seguin's writings were a major inspiration to Maria Montessori and the source of many of her practical ideas. (2) In comparing this concept with Charlotte’s teachings in Part V "Lessons as Instruments of Education" in her book Home Education, I found Seguin’s and Montessori’s approach coincided with Charlotte’s teachings.

Once the sounds and letter names of the alphabet were learned, we moved on to learning sight words. As mentioned previously, I had written the names of sight words on blank 3x5 recipe cards in red marker. I followed the same outline as before for the “Three Period Lesson” to teach her sight words. After sight words were mastered, I began to construct sentences for our daughter to read. Sometimes the sentences would be simple, other times they would be silly and nonsensical.
So far, our adventure in learning to read was going well. However, I knew the next step would be to begin phonics instruction. After seriously perusing the library catalogue, I checked out three

phonics resources. The first resource was the popular phonics program which was laid out in the form of a game. After spending two hours a day for five days during my daughter’s naptime trying to figure the resource out, I put it to the side. The second resource I pulled out of the library bag was based on the concept of teaching your child to read the easy way. After reading through the first couple of lessons and attempting to decipher the complicated notation system, I put it to the side. The final resource I pulled from the library bag was Alpha-Phonics by Samuel L. Blumenfeld. The resource was simple, yet direct. Learning to recognize a letter by sound and sight is taught first, then the blending of letter sounds follows. Review sentences using the words taught provided extra reinforcement for the budding reader. During the next nine months, for ten to fifteen minutes each day, my daughter and I went through the lessons in Alpha-Phonics. By the time she reached her second birthday, our daughter was reading from the Dr. Seuss "I Can Read It All By Myself " Beginner Book Series. Through the years her taste in books has evolved from Fox in Socks, Madeline, Miss Rumphius, Judy Blume’s The Fudge Books, The Swiss Family Robinson to this summer’s selection of Gaston Leroux’s The Phantom of the Opera.
I truly believe the most important gift you as a parent can give your child is the “gift” of literacy. Teaching your child to read is easy. All it takes is commitment, dedication and perseverance from both the parent and child on a daily basis. I would like to leave you with a quote from Charlotte Mason which I have found to be a source of inspiration throughout the years. “A child has not begun his education until he has acquired the habit of reading to himself, with interest and pleasure, books fully on a level with his intelligence.” (3)
Bibliography

Thank you so much Kathy! Anyone else have tips for teaching their children to read? Share below!

We would love to hear what you think! Chime in below in the comments section and share your thoughts. Don't forget to check out our Facebook and Pinterest pages.  To learn more about Beautiful Feet Books, click here.
And if you've enjoyed this, please feel free to share using the buttons below!
Email ThisBlogThis!Share to TwitterShare to FacebookShare to Pinterest
Posted by Rebecca Manor at 12:21 PM