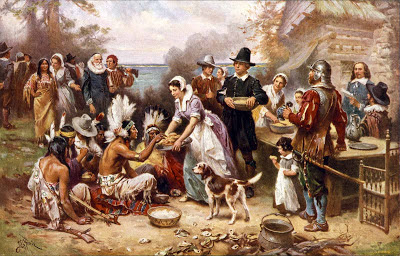 Thanksgiving is my favorite holiday. It is uniquely American (well, Canada also celebrates it making it uniquely North American!), and I am excited to be spending Thanksgiving stateside for the first time in several years. Celebrating with fellow Americans while abroad was always a special time and it made me very aware of how meaningful this day truly is. Our nation, through presidential proclamation, sets aside one day each year to express thanks to God. While it may have become nothing more than an opportunity to overeat and watch football for many, it is still a time for many people to come together and recognize the incredible blessing we have been given by our Creator.

While the setting aside of a day for thanksgiving had been a tradition in many states, particularly in New England, it was Lincoln who declared that it be made into a national holiday. Here is is proclamation:

By the President of the United States of America.
A Proclamation.
The year that is drawing towards its close, has been filled with the blessings of fruitful fields and healthful skies. To these bounties, which are so constantly enjoyed that we are prone to forget the source from which they come, others have been added, which are of so extraordinary a nature, that they cannot fail to penetrate and soften even the heart which is habitually insensible to the ever watchful providence of Almighty God. In the midst of a civil war of unequaled magnitude and severity, which has sometimes seemed to foreign States to invite and to provoke their aggression, peace has been preserved with all nations, order has been maintained, the laws have been respected and obeyed, and harmony has prevailed everywhere except in the theatre of military conflict; while that theatre has been greatly contracted by the advancing armies and navies of the Union. Needful diversions of wealth and of strength from the fields of peaceful industry to the national defence, have not arrested the plough, the shuttle or the ship; the axe has enlarged the borders of our settlements, and the mines, as well of iron and coal as of the precious metals, have yielded even more abundantly than heretofore. Population has steadily increased, notwithstanding the waste that has been made in the camp, the siege and the battle-field; and the country, rejoicing in the consiousness of augmented strength and vigor, is permitted to expect continuance of years with large increase of freedom. No human counsel hath devised nor hath any mortal hand worked out these great things. They are the gracious gifts of the Most High God, who, while dealing with us in anger for our sins, hath nevertheless remembered mercy. It has seemed to me fit and proper that they should be solemnly, reverently and gratefully acknowledged as with one heart and one voice by the whole American People. I do therefore invite my fellow citizens in every part of the United States, and also those who are at sea and those who are sojourning in foreign lands, to set apart and observe the last Thursday of November next, as a day of Thanksgiving and Praise to our beneficent Father who dwelleth in the Heavens. And I recommend to them that while offering up the ascriptions justly due to Him for such singular deliverances and blessings, they do also, with humble penitence for our national perverseness and disobedience, commend to His tender care all those who have become widows, orphans, mourners or sufferers in the lamentable civil strife in which we are unavoidably engaged, and fervently implore the interposition of the Almighty Hand to heal the wounds of the nation and to restore it as soon as may be consistent with the Divine purposes to the full enjoyment of peace, harmony, tranquillity and Union.
In testimony whereof, I have hereunto set my hand and caused the Seal of the United States to be affixed.
Done at the City of Washington, this Third day of October, in the year of our Lord one thousand eight hundred and sixty-three, and of the Independence of the Unites States the Eighty-eighth.
By the President: Abraham Lincoln

You'll notice that this was established in 1863, the same year that President Lincoln signed the Emancipation Proclamation. The country was bitterly divided by a civil war and of all the times to give thanks, this probably wouldn't be the most apparent. Yet, it is telling that in a time of national suffering and trial, there was a recognition that gratitude was still in order. What a fitting reminder for our nation now coming on the tails of a divisive electoral season.

In order to help you learn about the establishment of Thanksgiving, I want to share some excellent resources for you and your family to explore together. 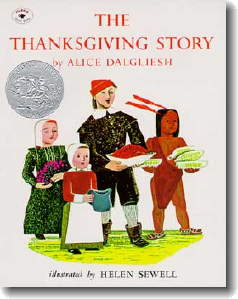 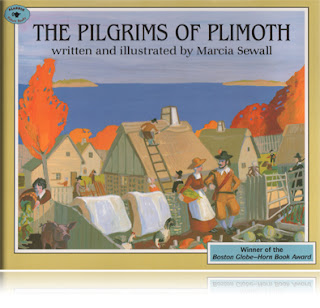 The Pilgrims of Plimoth by Marcia Sewall
When the pilgrims set out for America, they brought with them a dream for the future. Sickness, hardship, and heartache stood in the way of that dream. But the pilgrims worked hard, keeping their dream close to their hearts, until they were finally able to make it come true. Marcia Sewell's text draws on journal entries from the Pilgrims and recreates their lives in striking detail. Beautiful illustrations accompany the text. 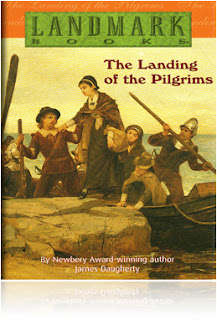 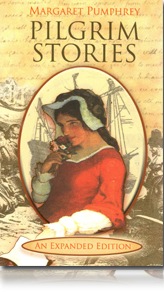 Pilgrim Stories by Margaret Pumphrey
This 1910 publication has been newly edited and expanded to include a horizontal history of the world of the Pilgrims of the early 17th century. This replaces the formerly titled Stories of the Pilgrims used in our Early American History Primary Study Guide. Now children will learn not only the faithful saga of the Separatist's struggle for religious freedom, but also that young Rembrandt was just learning to walk when the Pilgrims arrived in Leiden, that Galileo was fighting his own battle for religious and scientific freedom, and that William Brewster served as clerk to Queen Elizabeth's secretary until the ill-fated execution of Elizabeth's half sister, Mary. Historical figures from around the world will see the Pilgrim's heroic struggle in a more meaningful context. With whimsical illustrations by Christen Blechschmid, children and parents alike will see the world as the Pilgrims saw and lived it. 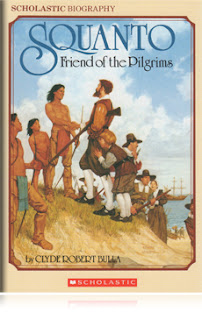 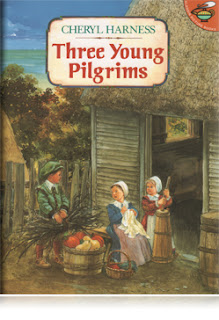 One tradition my family has included in our past Thanksgiving Day celebrations is the reading of the poem Five Kernels of Corn. Each person would receive five kernels of corn on their plate and we would take a moment to read through the poem and consider the depravation the Pilgrims experienced during that first winter in the New World. During that period half of the Pilgrims died from starvation, exposure, and disease. It was following this terrible period of tragedy that they gathered together to give thanks. Reading this poem before Thanksgiving dinner is a meaningful way to mark the history represented by the meal you're about to partake of.


O Bradford of Austerfield hast on thy way,
The west winds are blowing o'er Provincetown Bay,
The white avens bloom, but the pine domes are chill,
And new graves have furrowed Precisioners' Hill!
"Give thanks, all ye people, the warm skies have come,
The hilltops are sunny, and green grows the holm,
And the trumpets of winds, and the white March is gone,
Five Kernels of Corn!
Five Kernels of Corn!
Ye have for Thanksgiving Five Kernels of Corn!


To the Thanksgiving Feast bring Five Kernels of Corn!
I have heard of some people using the kernels to add additional meaning to the meal. You can pass a cup around the table and as it passes by each person they add one kernel to the cup and list something for which they are thankful. The cup is passed around until everyone has added all their kernels.
Do you have any special Thanksgiving traditions? I would love to hear about them. Share them with our readers in the comment section below!
Don't forget to check out our Facebook and Pinterest pages!
And if you've enjoyed this, please feel free to share!

Email ThisBlogThis!Share to TwitterShare to FacebookShare to Pinterest
Posted by Rebecca Manor at 1:04 PM