Karana's cave believed to have been found!

When I was a young California girl I was fascinated by the story of Karana, the Lone Woman of San Nicolas and heroine of Scott O'Dell's classic, Island of the Blue Dolphins. Karana was a Native American woman who survived the massacre and evacuation of her tribe. She lived alone for over eighteen years on the windblown and desolate island known as San Nicholas.

Now it appears that the cave she lived in has been discovered! Steve Chawkins from The LA Times reports that Steve Schwartz, a Navy archaeologist, has been searching for the cave for twenty years and now believes he has found it. I find this so exciting! You can read more details in the article as well as access maps and other information.

If you have not read Island of the Blue Dolphins, I highly recommend it. It's a heartbreaking and inspiring tale of resourcefulness, courage, grit, and strength. Karana represents a heroic archetype that is lacking in so many of our contemporary children's stories. 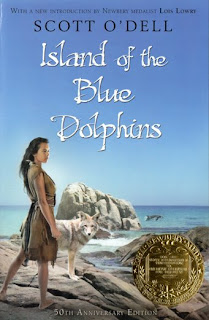 Island of the Blue Dolphins

Scott O'Dell (1898-1989) wrote other wonderful stories of historic men and women and I would recommend all of them! As one of the most respected authors of historical fiction, he was awarded the Newbery Medal, three Newbery Honor Medals, and the Hans Christian Andersen Author Medal, the highest international recognition for a body of work by an author of books for young readers. If you've ever been curious about the history of the American west, O'Dell is the author you want to start reading. 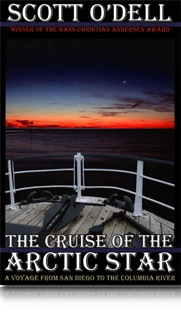 Cruise of the Arctic Star

In The Cruise of the Arctic Star, O'Dell takes a voyage up the length of the California coast in his cedar-hulled offshore cruiser named Arctic Star. With his wife Elizabeth along as skilled navigator and cook, a friend Del as cohort and deckhand, and an unpredictable hired hand named Rodney Lambert, the crew journeys up the coast and experiences first hand the delights and drama of life at sea along this beautiful shoreline. Along the way, the author relates the colorful narratives of California's past through the stories of men and women like Cabrillo, Viscaino, Junipero Serra, Kate Sessions, Kit Carson, Jedediah Smith and many more. Drawing from journals of other notable visitors like Richard Henry Dana, Robert Louis Stevenson, and Sir Francis Drake, readers are given a window into life in California hundreds of years ago.
O'Dell offers readers dramatic incidents seldom featured in text books on California history - like the worst peacetime disaster in the history of the United States Navy that occurred in the treacherous Jaws of the Devil near Point Conception. Readers will delight in the story of Jedediah Strong Smith's wrestling with a grizzly and the wilderness friend who stitched his ear and face back together - with no anesthesia, of course! Pirates have to play a part in a land so rich in coastline - and they do, with buried treasure on a Southern California isle known as Dead Man's Island. The stories of the discoverers, explorers and settlers of California have never been drawn so delightfully as they are under O'Dell's pen. With his love of his native state, his knowledge of the landscape, sea life, and historical past of this region, O'Dells work continues to stand as an important contribution to the rich literature of the Golden State. 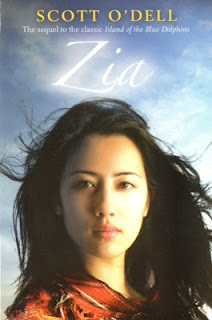 Zia
Zia is the sequel to Island of the Blue Dolphins and follows Karana's niece as she navigates the traditional world of her mother and the contemporary world of a rapidly changing California. A poignant follow-up to Karana's story.

Our Longing for Connection

Our Philosophy and What Others Say About Our Curriculum

Celebrity in Light of Historical Context

Don't forget to check out our Facebook and Pinterest pages.
And if you've enjoyed this, please feel free to share using the buttons below!
Email ThisBlogThis!Share to TwitterShare to FacebookShare to Pinterest
Posted by Rebecca Manor at 11:20 AM