Reading Ourselves into Great Literature 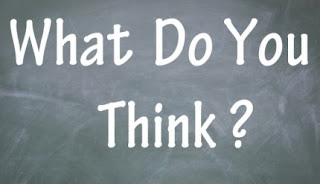 I was recently listening to a podcast in celebration of the 200th anniversary of Jane Austen's Pride and Prejudice and was struck by the solipsism of the contributors. Each contributor appeared to be in their thirties, possibly early forties, and reflected the cultural blindness that is so prevalent in much of criticism these days. All three contributors loved Austen and had read Pride and Prejudice many times but were crippled in their analysis in that they did not have the tools to understand the historical, moral, social, and cultural roots of this book. Instead of trying to determine what Austen was trying to communicate to her readers, they simply brought their own 21st century opinions and mores to the book. I do not blame the contributors for their lack of ability to analyze this special work because I am painfully aware that even the best school systems have traded serious literary scholarship for personally reflective responses to literature. These commentators simply, and unwittingly, reflected our cultural tendency to view books through our own prejudices and backgrounds. Of course, this is a very human tendency but it came through so strongly in this podcast that I began wondering at how much we are losing through this approach.

In the podcast, Jane Austen's most popular novel was ultimately reduced to the status of "romantic comedy" and the commentators claimed that it was still popular 200 years after its initial publication because it was so "relatable". The tragedy of this is that Pride and Prejudice is vastly more than this...not to mention the idea of "romantic comedy" did not even exist when the book was written. And the argument that the novel is great because it is "relatable" is laughable. When the book is evaluated for its portrayals of romance and character likability, it becomes nothing but emotional fluff of the Jan Karon variety, and I can guarantee you that people will not be reading Karon two centuries from now, however enjoyable her novels may or may not be today! The commentators further displayed their absolute ignorance of Austen's deeply moral convictions by stating that they thought Lydia, the daughter who runs away with shady Wickham, was one of the most attractive characters for her willingness to stand up against the social standards of the day. Commentary like this boggles the mind! 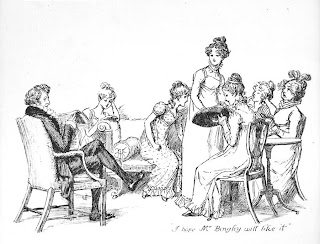 In presenting Pride and Prejudice as relatable, Lydia as attractive, and Lizzie as merely witty, these commentators fail to see the very essence of the novel. Austen's examination of social mores, class divides, frivolity and seriousness, pride and prejudice, is rooted in a very deeply held moral conviction. Her novel, for all its witty banter, is a very serious book. One that warns of the dangers of carelessness. One that shows the price of prejudice. One that reveals the emptiness of the pursuit of worldly gain. One that upholds social standards as safeguards against foolishness and ruin.

I believe that Pride and Prejudice is still popular 200 years after Austen wrote it because it speaks to a moral vacuum that exists in our culture today. In a culture that idealizes the individual, it's refreshing to read a story deeply rooted in community. In a society that favors relativism, we find comfort in the old standards. We also can rejoice in the restoration of broken relationships, when too often today we're encouraged to abandon inconvenient friendships and marriages. While our heroes today are more likely to throw a football well or swim really fast than stand for any sort of principle, we can thrill at the moral fortitude of Mr. Darcy, the kindness he displays to his servants, and his humility in not revealing his actions to save Lydia. We love Lizzie for her wit and Darcy for his nobility, but their real value comes in their willingness to reevaluate their prejudices, admit error, seek restoration, and extend grace. Austen's novel may be called a story of manners, but it is also, and more importantly, a novel of universal truths. The characters are relatable because they are deeply human, flawed, sinful, and redeemable. There is not a single character in the novel that is drawn in one dimension. All have their strengths and weaknesses. In order to be truly impacted by a novel like Pride and Prejudice, it is essential that we not make the mistake of reading ourselves into the book, surely the ultimate error of pride and prejudice. The book's richness only comes through when approached with humility. Then, and only then, will the reader experience the book's amazing ability to be a mirror shining light on our own character flaws and on the social ills that exist today.

Reading in such a way is a skill that seems to be rapidly disappearing. It requires historical knowledge, literary tools of analysis, and a critical eye. But the most important ingredient is humility. In order to encourage the development of this skill in your reading and in your student's reading, I think you can begin by changing one thing. Instead of asking, "What did you think of this story?" try asking "What is this story trying to teach me?" Encourage your students to look beyond how the story affected them, to the truths that are inherent in the story. Avoid any sort of reflective analysis that has to do with personal opinions and feeling. Instead stick to the story, assess the plot, analyze characters, research historical setting and background. Once your student has these skills, he will be able to truly learn from the books he reads, instead of merely seeing his own views reflected back to him.

For further reading, I would recommend Karen Prior Swallow's article on literary analysis, available here. And Rea Berg has written an engaging post about how not to be a Mrs. Bennet! Check it out here.

Don't forget to check out our Facebook and Pinterest pages. And if you've enjoyed this, please feel free to share using the buttons below!
Email ThisBlogThis!Share to TwitterShare to FacebookShare to Pinterest
Posted by Rebecca Manor at 12:02 PM