FAQs: Using Fiction to Teach History and the Necessity of Poetry 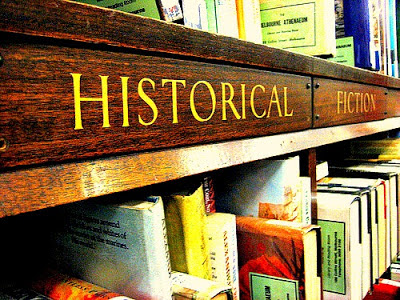 When a parent or teacher decides to use literature to teach history they are faced with an interesting question. Growing up attending home school conventions where I worked with my parents and siblings answering the questions of parent educators, one of the most frequently asked questions was "All these books are factual right? There's no fiction, right?" It was a difficult question to answer and I usually answered with something like, "The majority of books used in our programs are historical accounts based on first-person narratives or by respected historical writers and biographers. Our curriculums also include some historical fiction books to make history come alive and communicate to students that history is about real people who had interesting lives. These books help your students realize that history isn't just a boring list of dusty names and dates." That usually satisfied parents and teachers and we could then move on to discussing student learning styles, or where there was a good place to grab lunch nearby.

I think that that answer is valid but I also think that there is a better reason for including historical fiction in any study of history. In Poetics by Aristotle he addresses the different types of writing and genre, poetry and prose. By Poetry one is not supposed to simply think rhyming verse but the genres of epic, lyric, tragedy, and comedy. These would include works like Homer's Iliad, Aeschylus Oedipus Rex, ancient comedies like The Birds, Shakespeare's comedies, plays, and history, basically every classic work that is on one of those often overwhelming lists of must-read titles.

Aristotle also differentiates Poetry from History in the following way:

It is, moreover, evident from what has been said, that it is not the function of the poet to relate what has happened, but what may happen–what is possible according to the law of probability or necessity. The poet and the historian differ not by writing in verse on in prose. The work of Herodotus [the father of history] might be put into verse, and it would still be a species of history, with meter no less than without it. The true difference is that one relates what has happened, the other what may happen. Poetry, therefore, is a more philosophical and a higher thing than history: for poetry tends to express the universal, history the particular.

What Aristotle is communicating here is that while History teaches us the whats of humanity, the names, dates, facts, events, Poetry tells us the why. It answers the questions of the soul. In this way a holistic approach to teaching the events of the past should include both History and Poetry.

For teacher and parents concerned with both intellectual and character development, including the seminal works of poetry along with contemporary literature in your study of history is essential. Focusing solely on the facts of history results in a one-dimensional understanding of the human past. It fails to provide instruction to the soul. By simply reading that the early Anglo-Saxons were plagued with invasions from the northern Vikings you understand only one aspect of that culture. By including Beowulf in your curriculum of medieval history your student benefits from a colorful account of Anglo-Saxon mores and cultural values. The inclusion of this poetic work, even though no one would argue that a deformed descendant of Cain was in fact stalking the moors of northern England, provides a more complete historical portrait of this time and place. It shows us the vulnerability of the human condition and the universality of that knowledge. It also teaches the value of courage, the pitfalls of greed, the risks of rash action.

It is much easier to include foundational works of Poetry in curriculums for older students. Junior and high school students can tackle Homer, Shakespeare, Chaucer, Aeschylus, the writings of the American founding fathers, and other such works. For younger students it's more challenging. In seeking out works that have both historical and poetic value teachers are left with fictional stories based in historical settings. While there is an abundance of such material, most of it is valueless. It's either historically inaccurate or morally blasé. Thankfully there are books that fulfill the high standard of combining historical authenticity with the poetic. Stories like To Kill a Mockingbird are included in our American history curriculums because they provide a rich and accurate portrait of what life was like in the deep American south in the mid 20th century. They bring history to life, giving our students  poetic images of what it would have felt like to be alive at that time and place in history. In doing so, To Kill a Mockingbird is also a deeply moral book, one that shapes the reader's soul.

In a study of Early American history, youngsters can read books like Pilgrim Stories and receive instruction both in events that happened in 17th century England, Holland, and America. Yes, the Pilgrims were a group of people who wished to worship God in the manner they chose and they left England in order to pursue that freedom. Those are the basic facts of the story. But in reading Pilgrim Stories a child will understand how this quest cost them greatly, how they had to leave established homes and loved ones, escaping in the darkness of night to slip away to Holland, a country where they did not speak the language, where the customs were strange, and where people wore wooden shoes! While you may not consider this to be Poetry, it is. I spent hours as a child reading Pilgrim Stories, pouring over the accounts of young pilgrims ice skating on the canals in Leiden, Holland, learning about the Dutch love for tulips, feeling sad for the hardships endured by the Pilgrims during their first winter at Plymouth. The images conveyed in this collection of stories showed me the value of hospitality, compassion, conviction, and courage. And as a youngster I also knew that the Pilgrims went to Holland before they settled in Massachusetts, something most adult Americans have never been taught. So my historical knowledge was not reduced by the inclusion of fictionalized historical stories, it was enhanced.

Now, it is important that the Poetry you include in your children's curriculum is not didactic. Even as a child I could tell the difference between a great story that made me want to be a better person and one that was written strictly for the purpose of communicating some value. A great classic like Oedipus Rex has not survived for millennia because people really feel that warnings against killing one's father and marrying one's mother are necessary. No, it has survived the test of time because it's an amazing story. It is a superb tragedy and the fact that it teaches us about the dangers of forbidden knowledge and pride are secondary to the fact that it's a poetry that captures our imaginations. This should be the criteria for which you choose the stories for your children.

Having been raised on the poetry of stories like The Courage of Sarah Noble, The Matchlock Gun, Miss Rumphius, Obadiah the Bold, The Hundred Dresses and others that engaged my imagination, I can remember feeling distinctly frustrated by a series of books that were given to me as a youngster. The Elsie Dinsmore series promised parents that these books would provide a guide to the "meaning of godly womanhood." To my young mind, these books were hopelessly boring. The transparent intent of its author was to instruct young girls in a distinctly 19th century understanding of moral character. She certainly did not care about constructing a good story. I worked my way through several volumes of the series, each time frustrated by a character who was unrelatable, a plotline that was completely flat, and characters who were lifeless. Additionally, I found Elsie's father to be creepy and overbearing. Even though I was separated by two thousand years and countless cultural boundaries, I found the young characters in The Bronze Bow much more relatable and instructional. Why? Poetry. The poetic imagination of Elizabeth Speare in creating a trio of friends in 1st century Palestine meant that I could feel the emotions of a young Jew and a Roman soldier more easily than the young American Elsie Dinsmore. From The Bronze Bow I learned what a revolutionary figure Jesus of Nazareth was, what it felt like to be a Jew living under Roman rule, and I was given a fuller picture of life in ancient times. I have read The Bronze Bow more than four times, while the Elsie Dinsmore books gathered dust.

It is with all these things in mind that we choose the books we do for each of our studies. While the Teaching Character Through Literature studies may seem like the perfect place for books concerned with "teaching a lesson" there is not one didactic title in it. There are only great stories, books that speak to our souls. And throughout our history curriculums we've endeavored to provide the best history and the best poetry available. It's the only way to provide a complete historical education.

As a reminder, we're offering free shipping until the end of March on all orders over $50.00. Check it out here.


If you've enjoyed this, please share it! You can do so using the buttons below. And don't forget to check out our Facebook and Pinterest pages
Email ThisBlogThis!Share to TwitterShare to FacebookShare to Pinterest
Posted by Rebecca Manor at 12:28 PM