Anthony Esolen, over at Front Porch Republic, has a series of stimulating essays on education. I've thoroughly enjoyed reading through them and think that you will also find them thought-provoking. The first of the essays sets up his groundwork for the series of six essays on compulsory education and I am working my way through each one. I thought I would share some thoughts from the second essay, "Life Under Compulsion: From Schoolhouse to School Bus".

In this essay Esolen traces the development of educational institutions from the well-loved one room school house to its modern form. He makes a convincing argument that the element of compulsion has transformed education from an extension of the community to something very different. He begins by describing the schools that once had a place in every small town across the States:


The school looks in part like a home, or a small town hall, or a chapel.  Appropriately so, since it is a public extension of the home, in harmony with the virtues encouraged by the church.  As at home, as in church, children intermingle, the older ones seeing to the younger ones.  There is no unnatural separation by year of birth.  The teacher is hired by the people, for their purposes; he or she is not a member of a cabal intent upon subverting the purposes of their employers.  The school belongs to the people who live there.  It is their free and liberty-making creation.

He argues that these little schools were the products of communities that formed naturally, one might say organically. The education received by children enrolled reflected the values held by the community and prepared students for the lives most of them would go on to live.

The transportation revolution and the introduction of bussing transformed this form of education. School bussing programs allowed schools to consolidate, move away from their immediate communities, and eventually paved the way for the adoption of state mandated curriculum standards. Esolen sees this as a very unnatural development and one that has had devastating effects on the education of our children.

He also sees the movement away from community directed education as one that has disenfranchised parents. The obstacle of distance combined with state and federally mandated curriculums has pushed parents to the sidelines. While there are many schools that welcome parental involvement the system is neither easy to navigate and sometimes downright hostile.

As this movement away from community progressed, it was aided by the advent of "scientifically" based educational models:


But what really killed it [the community school], as it seems to me, was the new “science” of education peddled at the teachers’ colleges.  It hardly matters what that “science” would decree.  It might have, in a Dewey-less world, decreed a classical education for everyone; that would have been superior to the flattening pseudo-democratic education it did decree, but it still would have carried the bacilli of compulsion.  The point is that teachers, usually of modest intellectual attainments, came to feel themselves armed with “science,” as against the “prejudices” of their employers the parents, whom it was their sacred duty to oppose, if need be.  Hence came the wave upon wave of educational “innovation,” all impossible without the precondition of compulsion.  No smart-aleck teacher, alone in a small schoolhouse, would have dared to introduce anything so staggeringly stupid as the basal reader or the New Math (that is, Set Theory for little children) or the replacement of history with current events or the wholesale ditching of geography or the introduction of modish obscenity in English classes. . .without being fired – after having had to face the withering scorn of the employers, the parents, some of whom, for keenness of intellect, could no doubt have used that teacher to mop the floor.

Isn't that interesting? I will be going through the other essays over the next weeks and hope you find them interesting. As people who have stood in the face of these trends and have fought for your right to educate your own children, I think you will find the series interesting. If you want to read the series click on the hyperlinks above and you will be able to find links to all the essays. 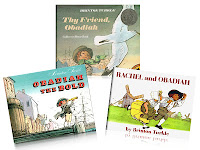 Don't forget to check out our Facebook and Pinterest pages.
And if you've enjoyed this, please feel free to share using the buttons below!
Email ThisBlogThis!Share to TwitterShare to FacebookShare to Pinterest
Posted by Rebecca Manor at 5:30 PM