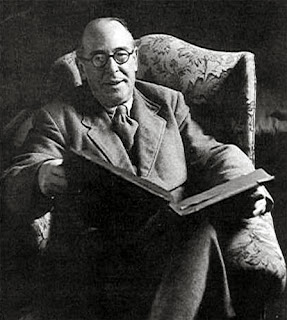 Today marks the 50th anniversary of the death of C. S. Lewis. One of the best-loved children's authors of the 20th Century, C. S. Lewis introduced countless children (and their parents) to the wonders of Narnia, explained Christianity in lucid and clear language, and was an man of enormous cultural influence during his life. Following his death that influence only seems to have grown as his children's books continue to grow in popularity and his work as a Christian apologist continues to shape people's understanding of God and salvation.

My first experiences of C. S. Lewis's writings were, of course, through the Chronicles of Narnia. My dad read them aloud to us in the evenings and my siblings and I would gather around, eagerly awaiting the next installment of the adventures of those lovable Pevensie children. Naturally, the thought of other worlds accessible by way of a magic wardrobe was intriguing and incited all of our imaginations. I'm not sure about my other siblings, but I was unable to resist the urge to push my way to the back of an antique wardrobe in my parent's bedroom, profoundly disappointed to find nothing but the solid wooden backing. As I grew older I came to understand that C. S. Lewis's great gift to children was not a literal escape from this world into a world of magic. It was the gift of fantasy and the encouragement to use our imaginations to shape entirely new worlds. The Narnia books certainly played a roll in all of the "orphaned children" adventures my siblings and cousins embarked upon during the hours we were shut outdoors with nothing but wide open spaces to claim as our own. 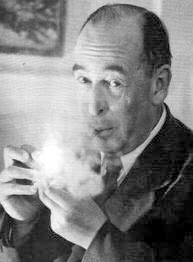 Later on in my life, Lewis's work as a literary critic would prove formative in my college studies. And his defense of fantasy is something everyone should read. While in college I had the opportunity to spend a semester studying at Oxford and the experience of sitting in the Eagle and Child where he and the Inklings argued faith and reason, listened to the writings of one another, and built lasting friendships was inspiring. In fact, one of the things about Lewis's life that has influenced me the most, outside of his writings, is the time and effort he put into developing several close and honest friendships. These relationships were so influential in his life and he obviously valued them highly. He was not afraid to have friends with whom he disagreed knowing that "iron sharpens iron" and he sought honesty in his exchanges with men and women he respected and trusted.

The BBC's site devoted to C. S. Lewis provides a great biography as well as audio recordings from Lewis!

The C. S. Lewis Foundation's website provides great resources on the life and writings of the great man as well as information on wonderful conferences for those interested in learning more. Be sure to check out the "Resources" section of this website.

I love this article that includes excerpts from Lewis's letters to children! And if you want to read more, definitely check out this book: 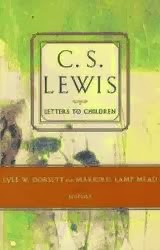 Article in which C. S. Lewis's stepson remembers being told that his stepfather had died.

In honor of Lewis, may I suggest you read a chapter from one of your favorite Lewis books and maybe indulge in a piece of Turkish Delight?

I would love to hear what you think! Chime in below in the comments section and share your thoughts. Don't forget to check out our Facebook and Pinterest pages.  To learn more about Beautiful Feet Books, click here.
And if you've enjoyed this, please feel free to share using the buttons below!

Email ThisBlogThis!Share to TwitterShare to FacebookShare to Pinterest
Posted by Rebecca Manor at 10:22 AM