Defending Education for Women and Girls 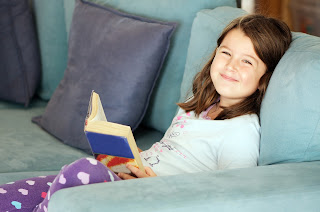 In recent years I've noticed a fringe movement within more conservative circles that seems to espouse the idea that girls who have graduated from high school ought to remain at home until they are married, foregoing a college education. The arguments for this position seem to center on the belief that a woman's sphere of influence is the home and she should focus her energies on preparing to be a wife and mother. Interestingly, a journalist from the left-leaning U.K. newspaper, The Guardian, recently made a similar argument in her piece “Female Ivy League Graduates Have a Duty to Stay in the Workforce.” From a purely utilitarian standpoint, the author Kelly Goff, argues that women who choose to stay at home with their children after receiving an elite education have wasted an opportunity that another woman would have used more effectively. Interestingly, the people who argue that women should remain at home, forgoing college and graduate level education, have something in common with the utilitarian arguments of Goff. Basically both come at their positions through utility arguments: unless an education is going to be used for a career, it's wasted.

Personally I find both positions short-sighted and poorly conceived. I believe that both sides have bought into an educational philosophy that sees education merely as a means to an end. This view of education is one that has permeated our culture over the past century and has resulted in failed educational policies, poorly constructed reform measures, and fed the industrial model of education. When one takes the position that education is the method by which one achieves a career or job, the entire point of education is missed. Yes, being trained in a vocation is a necessary part of education but it is not the end goal. A true education is one that shapes the soul, creates conviction, and enriches one's experience of life. The person who benefits from such an education affects those around him or her in ways that are profound and meaningful. These are not skills that are easily listed on a CV but they are the qualities that give meaning to life. Our 21st century scientific mindset is closed to the intangibles, failing to value human development that cannot be measured by a test. This obsession with quantifiable value has interestingly led to the agreement between more conservative fundamentalist Christians and utilitarian liberals that we see above. And, interestingly, both miss the point, and end up at the same misguided (and sexist) conclusion.

In a refreshing post on the topic, Anne-Marie Maginnis makes a wonderful case defending her Ivy League education and choice to stay at home with her children. She beautifully articulates the frustration faced by many well-educated stay-at-home moms; feeling the need to defend their education is a situation that disproportionately affects women. Men rarely need to defend their educations but women who make the choice to stay at home raising children often do. The very fact that they feel the need to explain why their college or graduate education was useful shows just how deeply we have internalized the idea that education's only purpose is its use in a career.

Maginnis' article also emphasizes the value her education has had in equipping her to impact her children's lives. She's able to introduce her children to the best books, to teach them critical thinking skills, to open worlds that someone less trained would be unable to. And this hints at one of the best arguments for educating women I can put forth. As heirs of a tradition rich in meaning and value, we have a responsibility to preserve that tradition for future generations. Sadly, the past century has seen a marked devaluing of traditions. We've adopted a throw-away culture that values the lessons of the past less and less and thinks little of leaving something for the generations that come after us. The idea of heirlooms is one that seems antiquated. Buildings are built to last for 30 years unlike the sturdy stone structures of yesteryear. And we are treating our cultural inheritance the same way. By arbitrarily stating that it is a waste of resources for a woman to pursue an education past high school, one is effectively eliminating half the population from the task of preserving our past. In her beautiful essay, "The Necessity of the Classics", Louise Cowan speaks of the value of the great books of the West:

"This body of writing, until recently considered the very center of European and American education, has stood guard over the march of Western civilization, preserving its ideals of truth and justice, whatever its lapses may have been. And the later writers included in this remarkable group of texts have continued the unsparing examination of the conscience that the Greeks inaugurated three thousand years ago...To be ignorant of Homer, Aeschylus, and Sophocles is to be ignorant of the range and depth of human possibility."

The greatest danger I see in taking a stance that higher education is unimportant for women who want to stay at home is an internalization by those women of the notion that great ideas and discussions are unnecessary and unimportant to their lives. Granted, many colleges fail at providing an education rich in literature and historic ideals, but it still remains that for most people it is at college where their first exposure to these essentials will take place. Exceptionally lucky students will be introduced to philosophy and literature in high school, hopefully igniting a passion for these subjects that will carry on throughout their lives. But these are the very few. For the rest of students, male and female, higher education is a unique period of time where one can immerse oneself in the literature and history that shapes us and our culture. To arbitrarily bar one half of the population not only does those individuals a disservice, it threatens our ability to carry on this tradition to the next generation. Yes, some people will be able to educate themselves through independent reading and analysis, but most people benefit from the tools acquired in rigorous pursuit of graduate and post-graduate studies. Good professors provide intellectual stimulation and critical exchange rarely encountered outside the classroom. Logic and critical thinking skills are rarely present at birth, they are skills that are taught and learned through discipline and rigorous study. And in a world obsessed with the frivolous and temporal providing our children (girls and boys) with educations rooted in the eternal and foundational is essential.

This is not to say that a college education is the only means by which one can become an educated person or an agent of cultural preservation. Nor is it a criticism of those women who are doing an exceptional job of educating their children without possessing a degree themselves. It is not the degree that I am defending or advocating for. I simply think that in this time and place it's discouraging that within some circles women are having to justify their desire to pursue higher education. I do not find this to be a reflection of some return to "traditional values" or a position defensible by utility arguments. I simply find it ultimately untenable and threatening to our ability to carry on a tradition of good, true, and beautiful ideas.

Do you have thoughts on this topic? Please feel free to chime in below!

Email ThisBlogThis!Share to TwitterShare to FacebookShare to Pinterest
Posted by Rebecca Manor at 1:24 PM