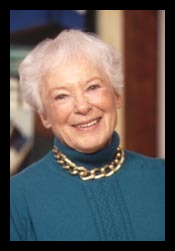 "If I were a fairy godmother, my gift to every child would be curiosity." -Jeanne Bendick


When we were starting out on our publishing adventure our main focus was finding great treasures of yesteryear and bringing them back in to print for a new generation of young readers. The first entirely new book that we commissioned was Along Came Galileo by Jeanne Bendick and it was an absolute pleasure to be able to work with such a talented author and illustrator.

Born February 25, 1919 in New York City, Jeanne learned how to draw from her maternal grandfather, an artist himself. She had this to say about his influence in her life: "Grandpa Charley was my hero, a scholar and an artists, gentle patient, full of humor, and endlessly generous with his time." He also sparked her interest in science with weekly trips to the American Museum of Natural History and it was from these hours together that she would be inspired to make scientific principles accessible to young minds. She later attended the New York High School of Arts and Music and graduated from the famous Parsons School of Design in 1939. She helped pay for her tuition by working as an illustrator at Jack and Jill, a children's magazine, as well as teaching children's art classes. When she graduated she was given an opportunity to study in Paris for a year but World War II was tearing apart Europe at the time and she decided to stay at home. Bendick went on to write and/or illustrate over one hundred books and has gained a reputation for her thorough research, engaging texts, and endearing illustrations.

Bendick has explained her work in the following way: "One part of the job I set for myself is to make those young readers see that everything is connected to everything-that science isn't something apart. It's a part of everyday life. It has been that way since the beginning. The things the earliest scientists learned were the building blocks for those who came after. Sometimes they accepted earlier ideas. Sometimes they questioned them and challenged them. I want to involve readers directly in the text so they will ask themselves questions and try to answer them. If they can't answer, that's not really important... Questions are more important than answers." 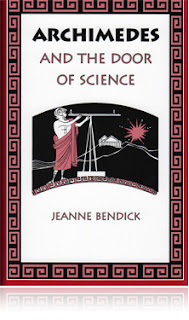 Archimedes and the Door of Science
I have personally loved Bendick's books for over 15 years and am enchanted by her ability to take complex principles and break them down into accessible parts. If you're wanting an introduction to ancient science and those first brilliant minds who observed the laws of nature, you have to check out Archimedes and the Door of Science. Galen and the Gateway to Medicine opens a window into the dynamic and crumbling world of the Roman Empire in the second century. Along Came Galileo is one of the best ways to show your students how Galileo turned the world of science on its head. Throughout all the titles Bendick's simple pen and ink drawing bring the stories to life.
Our big sale is a great time to be able to stock up on these titles! Check it out here, it ends on the 29th so be sure to take advantage while it lasts! And while you're at it, check out titles from our other favorite authors:

Email ThisBlogThis!Share to TwitterShare to FacebookShare to Pinterest
Posted by Rebecca Manor at 10:56 AM