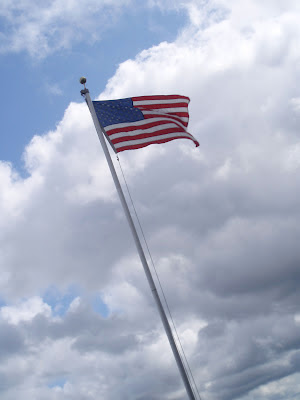 Today is Flag Day in the United States! In 1777 the Second Continental Congress passed a resolution to adopt the flag designed by Betsy Ross as our nation's official flag! At the original congress the flag consisted of 13 alternate red and white stipes and 13 white stripes on a blue field. The stripes and stars represented the original 13 colonies. As the US has grown additional resolutions were passed to add to the number of stars and stripes. Eventually it was decided that only the 13 original stripes would be necessary and only the number of stars would be increased with the addition of each new state. The colors have symbolic significance: red stands for hardiness and valor, white stands for purity, and the blue represents justice, perseverance and vigilance.

This day is usually marked by local celebrations, including parades and speeches and one can see American flags lining Main streets across the country. Living in Cape Cod, I loved how the little Main Street of Sandwich, Massachusetts would be transformed. Everyone put out their flags, there was a parade where everyone wore red, white, and blue and veterans and elected officials would give speeches. It was a bit of old Americana that feels like it's disappearing and I am glad that there are places where these traditions are still continued.

If you are interested in learning more about Flag Day and the history of the Second Continental Congress and the American Revolution, here are some highly recommended books: 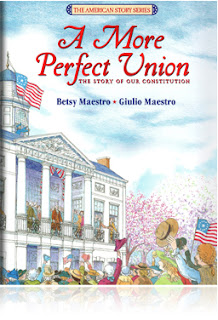 A More Perfect Union by Betsy and Giulio Maestro
This is a great classic for learning about the First Continental Congress and the writing of the American Constitution. Beautifully illustrated with a lively text, you'll learn about the delegates sweating away in a stifling room in Philadelphia as they hammered away at the details of creating a new nation. The authors are skillful in helping us understand the responsibilities these men felt as well as the tensions and compromises each member had to wrestle with! Highly recommended. 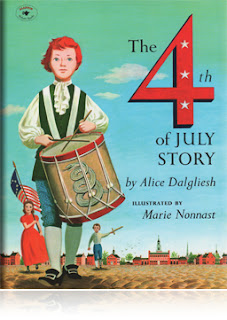 The 4th of July Story by Alice Dalgliesh
Another classic in children's literature, this is an excellent introduction to the history behind America's split with England. Why did the founding father's rebel in the first place? What were they upset about? With lovely illustrations and an engaging text, these questions are all answered in a manner accessible to young children! 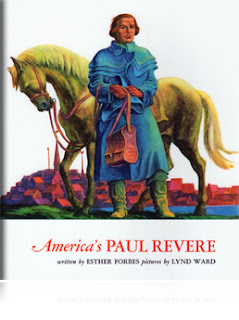 America's Paul Revere by Esther Forbes
Learn more about the life of one of America's best known patriots. Not only was Revere influential in stirring up Boston to revolt against taxation without representation, he helped the war cause, drummed up support for the Continental Congress, and helped arm Old Ironsides, on of America's first warships. 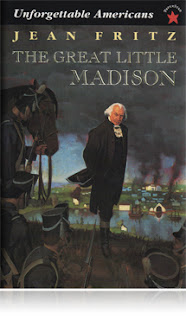 The Great Little Madison by Jean Fritz
Excellent biography on one of America's most influential founders. Madison's quiet strength was a force to contend with! He was influential in uniting the colonies, shaping the Constitution, and ensuring that this revolution resulted in a self-governing nation instead of collapsing into failure. Fascinating read! 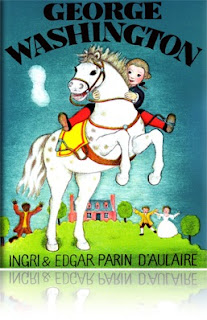 George Washington by Ingri and Edgar Parin D'Aulaire
George Washington's life paralleled that of the developing young America. Learn more about his Virginia childhood, his time as a surveyor, his leadership of the American armies and his days as the nation's first president.

I hope you enjoy these books - there are lots more in our Early American History section on the website. Take a look around!

If you are enjoying these posts, consider "Liking" our Facebook page. You can do so on the sidebar to the right. Thanks!

Email ThisBlogThis!Share to TwitterShare to FacebookShare to Pinterest
Posted by Rebecca Manor at 6:34 AM