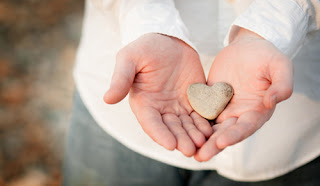 "As to that leisure evening of life, I must say that I do not want it. I can conceive of no contentment of which toil is not to be the immediate parent."
Anthony Trollope

A couple of weeks ago I was listening to an economics podcast that I enjoy when one of the commentators mentioned that people who do not watch TV tend to buy less stuff! That caught my attention and since then, I have not been able to get that little tidbit out of my head. The commentator went on to say that people who have gotten rid of their televisions are generally happier! Naturally I had to do some research! On the blog we've talked a lot about the importance of reading aloud, cultivating a desire in your children to read, and even the fact that boredom is good for youngsters. Watching television has come up in our discussion of boy's social development, and the natural conclusion that the more time is spent watching TV, the less time children have to read and play.

The soundbite from my podcast presented a new angle to me in that watching television can carve away at our contentment. While there have been many studies on the effect of watching television on the intellectual development of children, I only came across a few that related to measuring the effect on the child consumer's purchasing habits. One dealt almost exclusively with a child's exposure to advertisements. It's findings were that children are susceptible to the barrage of adverts seen while watching TV and their behavior could be affected and shaped by such exposure. Another study found that the more time children spent watching TV the more they asked for products they saw on TV. Boys seemed to be more persistent than girls in making repeated requests. Now, if having a child always pestering you to buy something doesn't reduce your contentment, I don't know what will!

All of this is very interesting and the research is developing as academics latch on to a phenomenon that, until about ten years ago, was researched almost entirely by marketers. What I find more interesting and thought provoking is the idea that watching television creates discontent. I think that Anthony Trollope puts a fine point on the foundation of contentment in the quote above. It is the product of work.

Television takes this idea and tries to confound it. Children are told that they will be happy if they just buy the latest toy, gizmo, snack. Having this message reinforced on a daily basis sets boys and girls up for a lifetime of discontent. The studies show that the more television a child watches the more persistent he or she is in their requests. It may be good for the economy to create people whose happiness depends on their latest purchase, but it does nothing for the soul of our culture.

The second way that television steals our contentment is in the way it laps up our time. No one feels a sense of accomplishment when they finish watching an hour or two of television. I know I often feel more restless than when I started that TV show.

Remember as a child the sense of wellbeing that followed a day of hard play, or the construction of a fort, or the capture of a lizard? How do you feel when you turn that last page on a great book? These are essential experiences for children and are so important in cultivating that sense of self-possession that will lead to contentment. I believe reading is also an essential part of that, in that if we feed our children a steady diet of great literature, their souls will be nourished and will be able to resist the consumeristic values of our time and culture.

I know that in many ways I am preaching to the choir in this post, but I have been struck recently with the importance of cultivating a sense of contentment, especially in the face of a world that is continually trying to tear it down. I'm not talking about taking on a lackadaisical "it's all cool" mentality but equipping your children to grow up with the understanding that a good and happy life is not the product of the things we buy, but the result of a good character and a generous life.

So, here's to long summer days full of running around, working together, playing and exploring, and, of course, reading! I am curious as to how you limit your child's exposure to advertising, television, etc. I do believe that there is a time and place for watching TV and seeing movies, but I am going to be increasingly on-guard in my own life, looking out for that insidious root of discontent that can so easily take hold.

Need some suggestions for summer reading? Check out our blog entries on reading aloud: Part I, Part II, Part III, and Part IV.
Email ThisBlogThis!Share to TwitterShare to FacebookShare to Pinterest
Posted by Rebecca Manor at 10:25 AM