BFB Essentials: What is Classical anyway and who was Charlotte Mason?

This is Part III in our BFB Essentials Series.
Click on the links to read Part I and Part II.

“Most of all, perhaps, we need intimate knowledge of the past.  Not that the past has any magic about it, but because we cannot study the future, and yet need something set against the present, to remind us that the basic assumptions have been quite different in different periods and that much which seems certain to the uneducated is merely temporary fashion.  A man who has lived in many places is not likely to be deceived by the local errors of his native village; the scholar has lived in many times and is therefore in some degree immune from the great cataract of nonsense that pours from the press and the microphone of his own age.” –C. S. Lewis, The Weight of Glory


The term "classical" is one that has been bandied about the homeschooling movement for years and we are often asked if our curriculum is "classical". Answering this seemingly simple question has proven difficult as we find that there are as many definitions of the term "classical education" as there are curricula. People can purchase curriculum to teach "classical handwriting" and "classical science." This poses a challenge as it seems that everyone has their own conception of what it means to adopt a "classical" education approach. 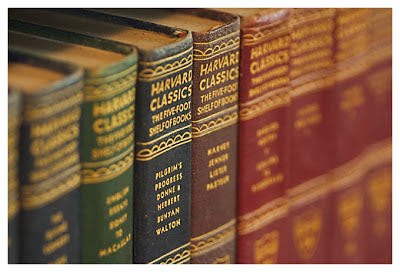 Classical education, in its modern use of the term, refers simply to an educational approach built around the trivium, or three-part process that aims to train the mind. The three parts refer to three stages: the grammar stage, the logic stage, and the rhetoric stage. Each of the three stages corresponds to four years, so during grades 1-4 the student is in the grammar stage and studying the basics, laying a foundation for the next stage. This approach to the four year cycle is relatively new, a product of educational bureaucracy at the turn of the 20th century when it was determined that public schools would be required to provide twelve years of education. While the idea of "classical" education has existed from the early Medieval period, its proponents argue that it is rooted in ancient philosophy, employing the methods used by Socrates and Plato. The modern classical movement also takes much from the "Great Books" movement, advocating that students and parents take part in the "Great Conversation" that has existed between the premier thinkers of all time. This is accomplished through exposure to the best literary works of the West.


As we at BFB are primarily concerned with teaching history, let's take a look at how the trivium impacts the teaching of history. First, a classical approach advocates that all of world history be taught in four years. So from grades 1-4, a student is presented with a chronological world history. This four year pattern is repeated three times before the student graduates from high school. Obviously, this means that the history of the ancient world including Egypt, Greece, Rome, Mesopotamia, China, and more is presented in 1st grade. The Medieval period is generally taught in grade 2, the age of exploration and discovery in grade 3, and modern/contemporary history in grade 4. The cycle then begins at the beginning with the ancient world being taught again in grade 5, and so on and so forth. During the grammar stage memorization is emphasized. This is where classical education advocates argue that a student is most readily able to absorb facts. During these years students are often taught chants in which they memorize historically relevant trivia such as the names of the US presidents or the dates of key events. It is not until the later years that students are exposed to the great literary works of Western culture. 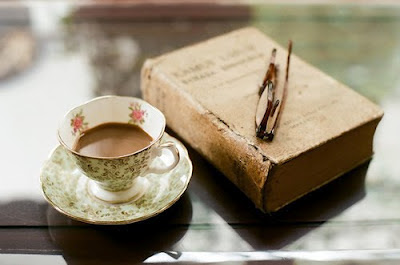 Now that the trivium and "classical" education has been very basically defined, let's take a look at another educational approach that has been hugely influential in our own educational journey. Charlotte Mason, a British educator who lived during the late 1800s believed education was an atmosphere, a discipline, and a life. Boiling Mason's pedagogy to its very basic elements reveals an educational approach designed to create a pleasant environment that would encourage the development of life-long learners, and cultivate curiosity and discovery. This required wide exposure to literature, conversation, exploration, and the arts.

Charlotte Mason fervently advocated the use of "living books" to teach history, eschewing the dry textbooks that were being promoted at the time. These living books relayed information in a story form, allowing children to begin seeing history in terms of a human story and not simply a collection of facts.

Hopefully we have helped clear up some of the confusion surrounding the terms "classical" and "Charlotte Mason". In our next entry we will answer the question we are most often asked, "Is BFB classical?"


We would love to hear what you think! Chime in below in the comments section and share your thoughts. Don't forget to check out our Facebook and Pinterest pages.  To learn more about Beautiful Feet Books, click here.
And if you've enjoyed this, please feel free to share using the buttons below!
Email ThisBlogThis!Share to TwitterShare to FacebookShare to Pinterest
Posted by Rebecca Manor at 11:30 PM