Last Friday was International Woman's Day and on our Facebook page many of you shared your favorite female authors.  It was fun to see a few votes for the Elliots, Pearl Buck, Jane Austen, Harper Lee, and Laura Ingalls Wilder. We also love the writings of all these amazing women and are thankful for their contributions to the literary world. Their writings have made our lives richer and it is worth celebrating! If you haven't shared your favorite author, be sure to chime in here.

March is also Women's History Month and we thought this was a great opportunity to share with our readers a few of our favorite women from history. These women, like those wonderful authors above, made indelible marks on the world. They challenged the status quo, stood up against injustice, showed courage and compassion, fought for their beliefs, and provide great role models for us today. 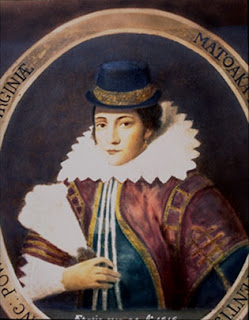 Today we'd like to talk about Pocahontas. This incredibly brave and adventurous young woman only lived to be around 22 years old, but those brief years were packed with daring. While the exact year of her birth is unknown, it is thought that she was born around 1595. Her father was Powhatan, the paramount chief of Tsenacommacah, an alliance of around thirty Algonquian groups and small tribes in what we now know as Virginia. Her mother was one of dozens of temporary wives taken by the paramount chief. In this custom, each wife bore the chief a single child before being sent back to her village where the Powhatan would continue to support her until she found another husband.

It seems clear from historical documents that Pocahontas was "the most deare and wel-beloved" of Powhatan's children but that does not signify that she would have been an "Indian Princess" as is commonly portrayed in popular culture. In seems that Pocahontas had quite the endearing nature as her name means "little wanton" indicating a playful, loving, and "frolicksome" nature. 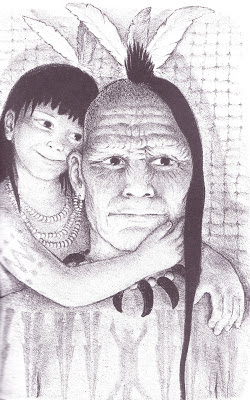 Pocahontas life takes an unexpected turn when the English arrive in America seeking to establish a permanent colony. In a dramatic account of his capture, John Smith records the story that preserves Pocahontas in the historical record. Smith had been captured by a hunting party and brought before Powhatan when "two great stones were brought before Powhatan: then as many as could layd hands on him [Smith], dragged him to them, and thereon laid his head, and being ready with their clubs, to beate out his braines, Pocahontas the Kings dearest daughter, when no intreaty could prevaile, got his head in her armes, and laid her owne upon his to save him from death..." Incredibly daring for a young girl, thought to only be 10 or 12 at the time!

Pocahontas would continue to help the English, bringing supplies of food to the starving settlers at Jamestown. Despite Pocahontas' friendly relations with the explorers, relationships between Powhatan and the English broke down and in 1609 the two parties went to war. Pocahontas was captured by the English as a prisoner of war and held for ransom. While the English demanded that Powhatan release various English prisoners of war and furnish the settlers with tools and supplies in exchange for Pocahontas' release, the young woman grew accustomed to living with the settlers. She converted to Christianity and was baptized taking the name Rebecca.

During her year-long capture, it seems that Pocahontas grew disenchanted with her father at his refusal to fulfill the conditions of her release. When an encounter with a member of her tribe allowed her to send word back home she rebuked her father for valuing her "less than old swords, pieces, or axes" and
stated that she would continue to live with the English.  She soon caught the eye of John Rolfe, a tobacco farmer, who had lost his wife and child during the voyage to Jamestown. The two were married April 5, 1614 and lived on Rolfe's farm for two years. Their union is the first recorded interracial marriage in America! And so the Indian chief's daughter becomes the English farmer's wife, ushering in a period of peace between the two nations. in 1615, Ralph Hamor wrote: "Since the wedding we have had friendly commerce and trade not only with Powhatan but also with his subjects round about us." 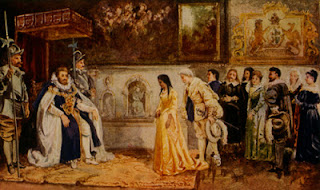 Pocahontas' next adventure would take her back to England where she would not only be celebrated and feted, she would meet the king and queen!

As so the girl who defended a defenseless man, possibly changing the course of history, became the elegant and celebrated woman who would stand before the king.

There are so many other wonderful details to this amazing story and I would encourage you to dig deeper. And check out these books: 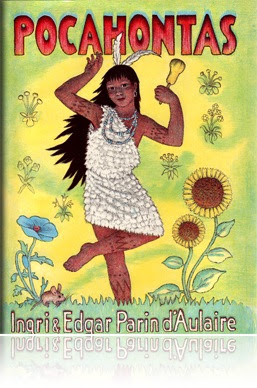 Pocahontas by Ingri and Edgar d'Aulaire 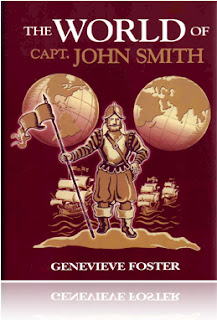 The World of Captain John Smith by Genevieve Foster 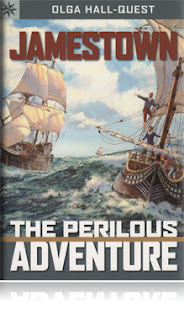 You may also enjoy these other blog entries featuring important historical discoveries or places: 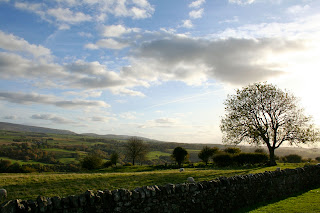 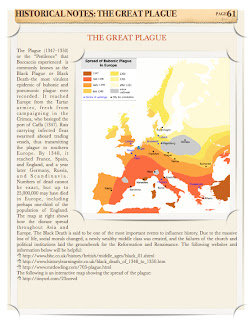 Email ThisBlogThis!Share to TwitterShare to FacebookShare to Pinterest
Posted by Rebecca Manor at 11:27 AM